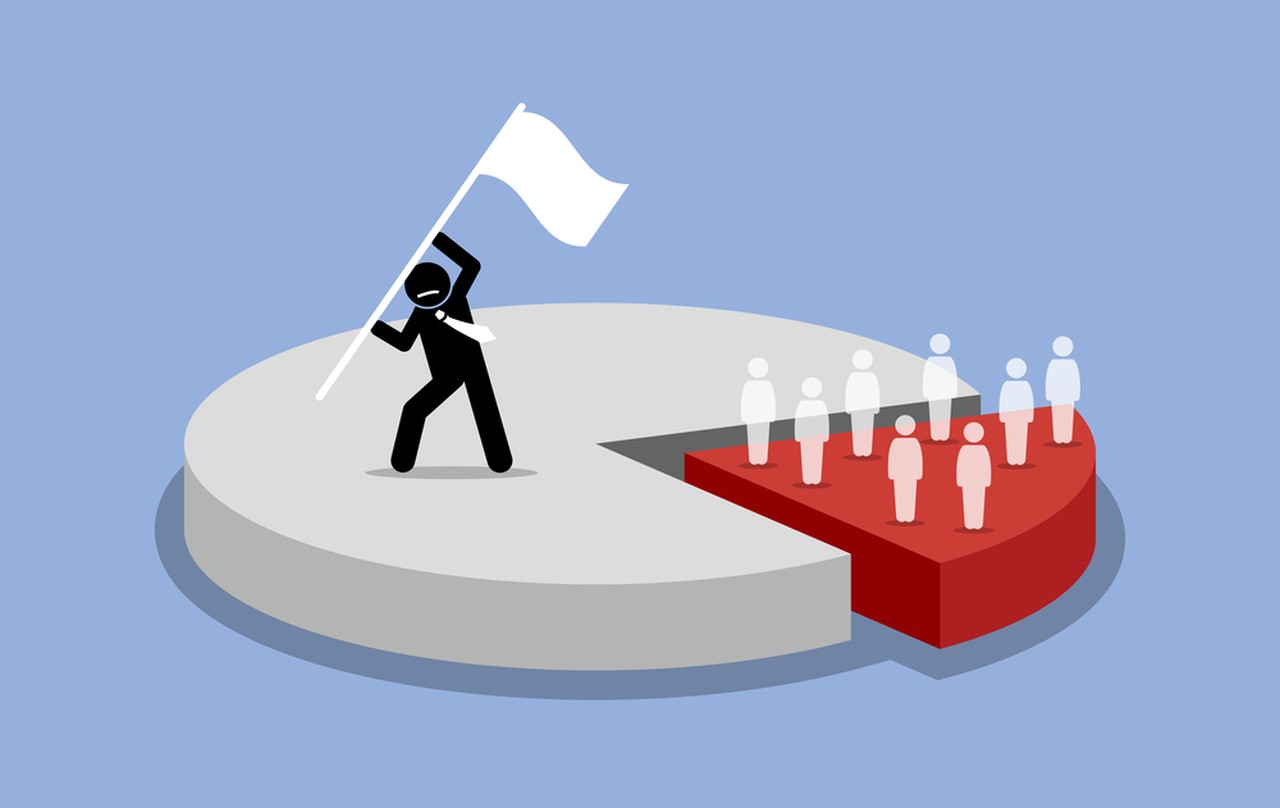 In this video you’ll learn about the power of the niche and how to find the market you can dominate with your product.

This short video was actually part of a live two-hour workshop that was recently held for members of the Hardware Academy.

It was hosted by my friend Dave Millman at BizDev.Global. Dave has decades of experience helping hardware startups find their first customers, and he even worked with Steve Wozniak on his first product after leaving Apple. Dave knows his stuff and you would be wise to watch this video very closely.

Although this video clip is only about 13 minutes long it is absolutely loaded with tons of value! The feedback from members who attended live was fantastic. I’m confident you will agree. Dave does an amazing job of teaching critical aspects of how to succeed with your product.

Want access to the full workshop recording and so much more? If so, then join the Hardware Academy.

Dave Millman: Our first topic here today is, how do you choose your first market? We’re going to call that the beachhead market, the beachhead into the global domination that you’re all dreaming about.

Where do you start? Well, you do have a lot of choices. I know that when I dream about something new that I want to do, I dream about global domination, just like everybody else. I dream about the largest possible market. If I do this right, I could have 5 billion users in Facebook.

Just a really good example of that is a client that I’m actually working with right now, they have a home automation product who are putting a lot of pressure on themselves to get into Home Depot, Lowe’s, Menards and the retail home improvement stores like that. This was really basically the assumption they made from the beginning.

Home Depot told them that they have 2,300 stores. As they talked about it and talked about the display units that they’ve been putting on the shelves, it looked like about 10 units per store.

You can all do the math, that’s about 23,000 units or more 26,000 units. It gets a little worse because roughly 120 or 150 bucks per unit, they’re looking at having to raise $3 million just to fulfill an order from Home Depot, which Home Depot won’t pay for in advance and won’t even pay for on delivery.

In fact, which Home Depot could ship unsold units back to them if they decide it’s not selling in the volumes they want. Raising 3 million bucks to fill a first order from a customer who’s actually not committed to the product, and is well-known for shipping unsold stock back to manufacturers or just dumping it, seemed like really an inappropriate first market for them.

$3 million was more than they’d raised in the entire history of the company and was just completely out of scale with where they were as a startup.

They made the wise decision, I think, to focus on markets they could win which was in their case, e-commerce sales and Amazon, and then working with smaller partners that maybe weren’t quite so drastic and quite so demanding as Home Depot.

That’s just a really good example of picking the right beachhead market, or in the case of Home Depot, for them, that would have been the wrong beachhead market. If not Home Depot or if not the big broad market of 7 billion consumers, well, how do you focus?

Well, you pick the market where you can win. Pick the one you can dominate it, own it, and defend it if and when competitors show up.

These days, by the way, competitors always show up because there’s lots of copycat technology out there and lots of folks who can see your great ideas and figure out a way to do it cheaper, maybe not nearly as good but still cheaper and then come in and undercut you. You really want to pick a market you can own.

We’re going to spend some time now talking about the market, you can win. Okay?

The really challenging part about that for a lot of entrepreneurs is realizing that they have to, in order to win in the chosen market, they have to postpone developing some of their favorite features sometimes. Some of the features they’ve been dreaming about implementing in the product because that doesn’t get them ahead in the target market.

The target market on every market needs support and resources and integrations and API’s and whatever. They have to work on some of that boring stuff to own a market so they can be profitable, so they can have the money and resources and time to go after the bigger market. It’s frankly, the mature thing to do.

I’ll give you a great example. If anybody remembers the iPod introduction, let me– This is a chart from Wikipedia of the early iPod features. Let me grow that up so you can see it a little bit better. Okay?

Now the rest of the history is that the iPod on the day of its introduction became the best selling music player in history and has never, never lost that until the mantle was taken over by the iPhone, but eventually, Android has, of course, shipped more units but this has been an amazingly successful and profitable product line for Apple.

You can see, this is Apple doing exactly what I just recommended to do. They deliberately chose a market that they could get to faster, that they could own, dominate and let that finance their future, their next market, which of course was windows.

It was a fabulous move for them. It’s not just Apple, right? Tesla introduced the Roadster in 2008. It was an expensive sports car, two seats, not even a pretend backseat. It was expensive. It was not a family car, it was not a sedan, it did not pretend to be anything but what it was, a sports car.

It was of course successful. Here we are just 12 years later, it’s got evaluation of double GM. Okay? How does that happen? It happens because of focus. They chose a place they could win.

Can you imagine if they started with a luxury sedan, and people would have compared it against Mercedes? Instead, they chose it, they chose what they could win. They won it. Now everybody said, “Gee, I wonder when I’m getting an electric car?” I think the Tesla story is just a fabulous story of focus.

Facebook, when they introduced it, it was college students only. Literally, you could not get on if you weren’t a college student, you had to have a .edu address.

Sony is a great story. I don’t want to oversimplify the Sony story but they very badly wanted to get into worldwide consumer electronic products, transistorized products. Okay?

This is right after World War Two. They had a tape recorder in Japan and had a couple of other products but they wanted to build a radio. Problem was, transistors at the time would not deliver any audio quality compared to the beautiful wooden two radios that were sitting on everybody’s table. If they went in and tried to do a table radio, it would have sounded like crap, right?

A transistor radio has great advantages. You can hold it in your hand, it’s battery-operated, it’s portable, right? They focused on the teenager market and the contractors and everybody else who’s out on the road, and had a worldwide success on their hands with their first consumer product and that financed everything that Sony has turned out to be.

They’re an $80 billion company today. I think they might have actually been larger than that in their heyday a few years back. I think the Sony example is a great example.

I’m going to open this up for questions in a couple of minutes. Start preparing your questions about your own beachhead markets. How do you go about choosing a beachhead market? Well, it’s pretty straightforward. Start with your problem statement.

What is that main problem? Take your main problem and ask yourself, “Okay, who’s screaming? Who’s crying for that solution?” Teenagers were crying for a portable music solution.

We probably all did it at one time or another ourselves, went and parked somewhere, opened the car doors and played the car radio. Everybody’s done that for generations, but a radio you can hold in your hand, you can take right down to the beach. That market was crying for a portable music solution.

Who’s crying? Who’s in total pain looking for your solution? Design your first product for that market. Now, it has to be enough of a whole product that you can be profitable. You can’t ship it without any interfaces or without the user interface, without the GUI or without power supply.

If any of you have started a business before, you probably remember that the last thing you thought about was funding it. The biggest problem you had the entire time you were running that company was funding that business. The experienced entrepreneurs know that financing all these wonderful things we want to do is, in fact, always our biggest issue.

Having a profitable, beachhead market goes a long way towards solving that problem. Of course, test, test, test. We talked about validation before and we’re going to talk about finding customers and building relationships with customers more in this call, but I’m never going to miss an opportunity to say test, test, test.


Finally, don't forget to download your free PDF: The Ultimate Guide to Develop Your New Electronic Hardware Product. You will also receive my weekly newsletter where I share premium content not available on my blog.