21 Surprising Things You Didn’t Know About Me

If you read this blog regularly you already know I’m passionate about electronics, product development, and entrepreneurship. 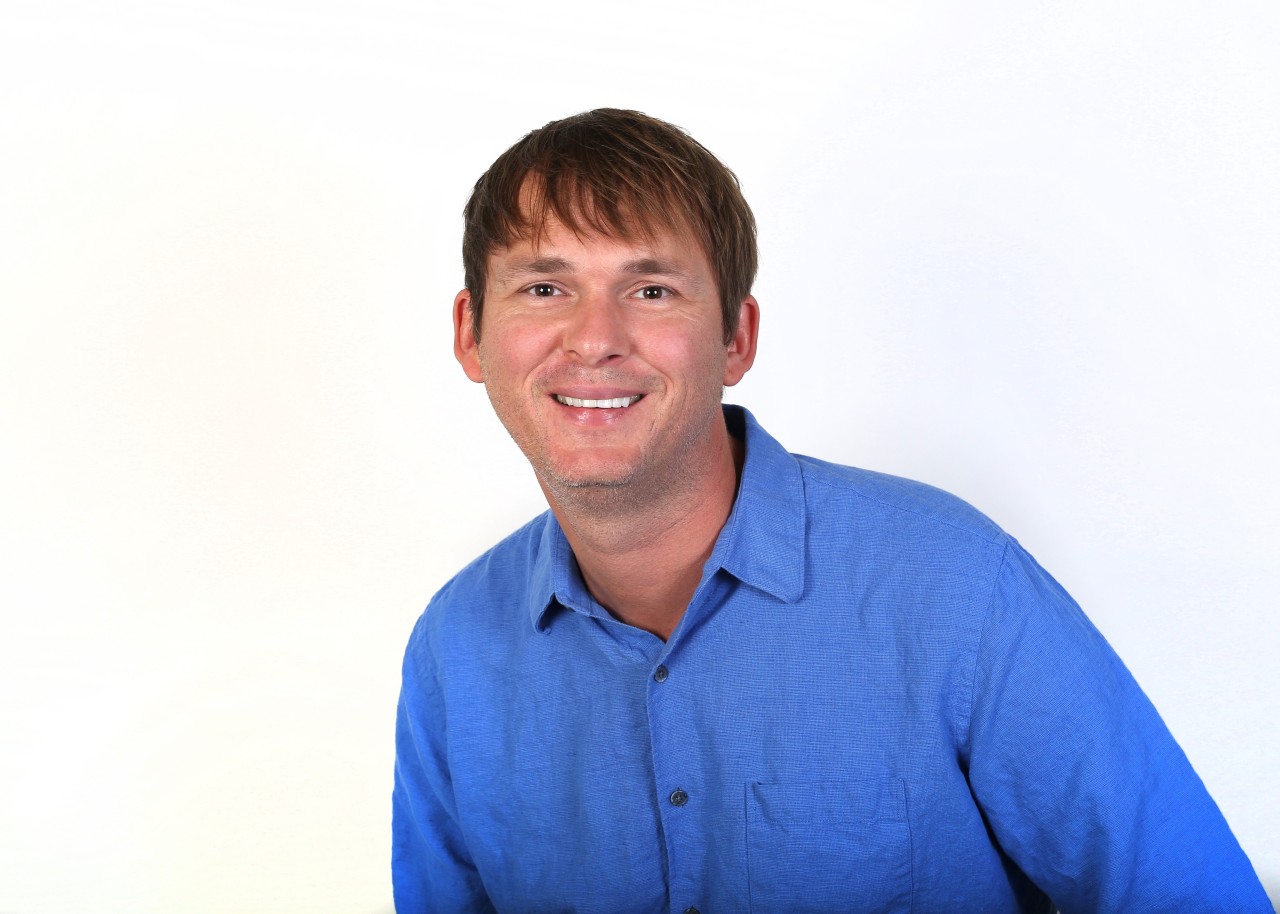 But those interests are no surprise for an engineer/entrepreneur. So I thought it might be fun to share some more surprising things about me. I’m not one to talk about myself but this seemed like a good way for you to get to know me better.

Here are 21 of the more interesting things you didn’t know about me.

Thing #1) I’m passionate about nature and wildlife. One of my long term dreams is to own a wildlife sanctuary primarily for large predators such as bears, tigers, lions, wolves, and hyenas.

Thing #2) I’ve been obsessed with electronics and computers pretty much my whole life. In my grade school yearbook under a section titled “Can you imagine…” for me they wrote “Can you image…John Teel not talking about computers?”.

Thing #3) I’m an introvert. Putting myself “out there” isn’t easy and takes work.

Thing #4) I’m a big science geek. I especially love theoretical physics and astronomy, but all of the natural sciences are fascinating to me.

Thing #5) I developed my own consumer lighting product called a Pop-up MicroLite. These tiny lights were designed to stick on and illuminate any surface. They were manufactured in China and sold in hundreds of retail outlets in three countries. Unfortunately, they didn’t sell as well as expected, but I learned a tremendous amount through the process.

Thing #6) I was hired as a circuit design engineer for Texas Instruments in Dallas, Texas in 1998 while earning my Master’s degree in Electrical Engineering. It was my dream job.

Thing #7) After about 5 years in Dallas I requested a transfer to a new TI design center in Tucson, Arizona. One of the main reasons I moved to Tucson was because I was passionate about astronomy and wanted to build my own observatory (which I did). Tucson’s clear, dry skies are a mecca for astronomers. I also was fascinated by the insane desert landscape.

Thing #9) My wife and I have had dozens of friendly close-up encounters with wild grizzly bears while camping in remote Katmai National Park, Alaska. This includes having a mother bear decide to nurse her two cubs about 20 feet away from us. 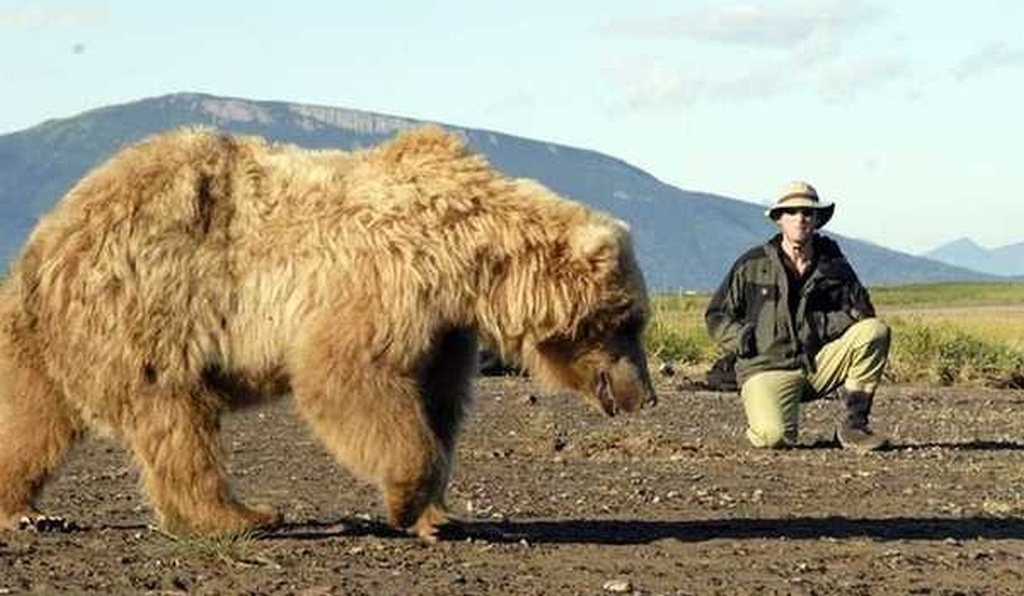 That’s me with a bear I learned to know quite well. Note that she chose to approach me.
Thing #10) My passion for entrepreneurship was reignited after my first trip to Alaska about 10 years ago. I was so moved by the grandeur of Alaska and its wildlife that I decided on the flight home to become an entrepreneur with the goal of one day being able to donate financial resources to help protect wildlife and the environment.

Thing #11) After another 5 years working for Texas Instruments in Tucson I got the itch to escape the cubicle lifestyle. So I quit my job, we moved to Alaska, and I became a remote consultant for TI. From our house in Alaska we had a clear view of snow covered mountains, the ocean, and three glaciers. The first year was amazing, and the first winter was an exciting experience. The second winter…not so exciting.

Thing #12) I was interested in entrepreneurship from an early age. I even had a company name picked out (Genesis Inc) and a company logo (an atom). That particular business never became a reality.

Thing #13) I’m a very optimistic person who gets really excited about learning new things. I also love sharing what I learn.

Thing #14) During our second Alaskan winter we went on a vacation to Kauai, Hawaii. We took a helicopter tour of the island and immediately upon landing I looked at my wife and said “I want to move here!”. Fortunately she replied “Me too!”. So a few months later we moved from Alaska to Kauai and lived there for about 5 years.

Thing #15) After that helicopter tour I became fascinated with helicopters, so I offered to redesign the helicopter tour operator’s website in exchange for free helicopter rides. Because of that I’ve been on more than a dozen helicopter tours, and have even landed at the base of the same remote waterfall in the first Jurassic Park movie.

Thing #16) I’m into all aspects of health including nutrition and exercise. My favorite exercise is high intensity interval training or more specifically hill sprinting. I also love hiking.

Thing #17) Material things don’t mean much to me, but I’m crazy for experiences!

Thing #18) I’m a huge fan of Albert Einstein. I think his theories of relativity are the most beautiful thing created by the human mind. I even have his picture in my son’s bedroom.

Thing #19) I’m not into watching sports. Although at various times in my life I have enjoyed watching tennis, surfing, mountain climbing, and the olympics.

Thing #20) I finished about halfway with getting my pilot’s license while living in Tucson. But mid-training we moved to Alaska and I decided Alaska was too dangerous of a place to learn to fly. While living and camping in Alaska we did charter many small planes and have landed on rivers, lakes, and beaches.

Thing #21) I’ve had a volcano erupt on me. During our second winter in Alaska a nearby volcano erupted covering the ground with black ash. We couldn’t go outside for a few days because of small particles in the air that were dangerous to breath.

Thank you for share your experience with everybody, I found it very useful for start over again. Regards.

John – we have much in common. If you ever have an hour to have an amazing conversation, send me your phone number (or I’ll reply with mine). I have designed many things, one was fairly successful – a consumer toy system call MagneBlocks. I have some similar experiences to your own. I also taught myself Solid Works to build the product..
I was an electro-optic engineer; I designed medical lasers and worked on a secret DoD project, then went into entertainment (Lasereium..) and then became a s/w engineer. I have a project called Terra Carer (see group on Facebook) you might be interested in. I have 30 hours on a Piper Warrior, but life got in the way (plus, it’s a rich man’s habit, and that I’m not!)

Like I said, we have much in common! Check out SkyTour Livestream – a friend of mine runs that – you’d enjoy meeting Marc too.

Very nice to meet you and thanks for the comment. It definitely seems as if we have some things in common:) Thanks for sharing! I noticed that you sell magnetic building toys for children. We bought something similar for my son a couple of years ago and he has gotten more use from them than any toy we’ve ever purchased. Yours seems like a significant improvement over what we had purchased.

Thanks again for reaching out, always nice to meet someone with similar interests.

The BEAR and tic-tac-toe…. it can win going left (eat you) or right (eat the photographer)… I’m just saying….

I am reading a book titled: “The Knowledge” and would be interested to hear what you think…. when you have time of course.

I have to go work on my product project but I will probably read your … entrepreneurial billionaire post.

Also, if you go left at an intersection you may be struck by a truck, and if you go right then a plane could crash on you:) Life is full of risks and I just believe the key is always to be smart and knowledgeable about your decisions.

I don’t consider myself a risk taker, in fact quite the opposite. For example, when I take a commercial flight I’m the kind of person that identifies all of the exits, and if flying over water I even observe which exits have detachable rafts. I always strive to be prepared for the unexpected.

Some thoughts while reading your post:
1. remember to provide some prey species in your future large predator space
2. re-think close encounters with bears – a friend had her child taken (and killed) by a bear while camping; that can wreck everyone’s life
3. I agree about dangers of private piloting; I did love my time as a jet fighter pilot though; think the suggestion to try gliding (aka soaring) is good, or perhaps sailing for similar challenges
4. did not care for the concept of aiming to become an entrepreneurial billionaire per your latest e-mail; prefer the way of life described in the recent book “REWORK”.

2) The key is always to be smart about whatever you do. Many people die everyday in car accidents but none of us quit driving. But I do choose to drive with caution. There are plenty of bad people out there that kidnap children etc, but I don’t avoid being around people. But I do always very closely watch my 5 y/o son. As for bears, we were extensively trained by experts on how to be around them safely and how to understand their communication. Oh yeah, we also always had an electric fence around our campsite and carried bear spray.

3) I decided it was better to leave flying to those that are really experts and do it everyday. Not the safest activity to only do part-time.

4) The billionaire entrepreneur strategy I discussed is definitely not for everyone. In fact, I would not advise it as a good strategy for most people. But is an desirable and achievable goal for some. Also it’s just fun to dream about:) I’ll be sure to check out the “Rework” book you mention.

Thanks Jay, glad you found it interesting and inspiring!

Nice piece John. We share a number of interests. Try a glider ride.

Thanks Bob! I always have wanted to do a glider ride and they were popular in Hawaii. I’ve gone parasailing before but never on a glider. Some for my future to-do list:)

Thanks for sharing John. I liked your article. We geeks have a lot in common.
Greg