What hardware entrepreneur doesn’t want to build the next Apple, Ring, GoPro, Peloton, or Tesla? Those companies are the rare “unicorns” of hardware, but there are countless other hardware companies that are generating millions in annual revenue. 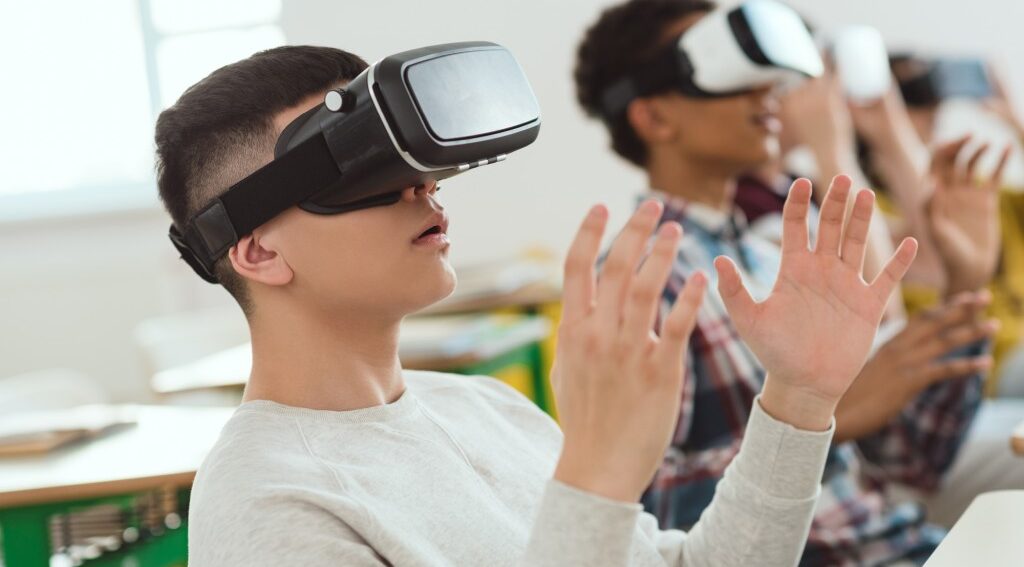 You don’t need to be a billion-dollar company to be massively successful.

In this article we will look at 10 examples of “smaller” hardware companies that are successful yet still relatively unknown. Most of these examples are still startups, but one is an older established company.

Taking a serious approach to VR gaming is what Virtuix Omni is all about. The company produces small sized game courts where groups of players can share a common space.

The main feature of their concept are harness pods which safely hold the players in place as they run around in their VR game environment.

A padded midsection ring secures the player in the center of the pod. Special rolling shoe attachments are worn so the player can run without limitation. This takes the science of VR gaming to a new level of immersion for players.

This model game court is what Virtuix markets to VR gaming arcades, and their concept seems to be catching on nicely.

The company currently has annual revenue of $6.7M, and they’ve attracted accumulated funding of over $48M from investors.

Their radar system is so advanced that it makes standard radar look amateurish by comparison. This is a technology which will become of great importance very soon.

Their radar system produces a detection field that’s many times greater than standard radar devices can produce. What’s more, the data returning from their scanner is far more detailed than has been previously possible.

It adds up to a system that you can rely on to ensure a very safe, very trustworthy autonomous car. They’re doing well financially at $3.4M in revenue per year.

It’s an eventuality that vehicles will one day do our driving for us. Merlin Labs is working on taking that concept to the skies, with an autonomous aircraft control system.

While they’re not quite at that point, they are nonetheless making some great strides toward this goal.

At present the team has accomplished a convincing number of test flights using cameras and remote controls to direct their airplanes from the ground.

But they also have software development in the works using an AI driven system, eliminating the need for a pilot altogether.

If it sounds a little too far out that’s a debate, but there are some wealthy investors who don’t think it is. Merlin Labs has pulled in $46M in funding so far, and now there’s no looking back.

It’s really just a matter of time, and adjusting a few air safety regulations, before we see this idea take flight.

The company currently has 43 employees and generates $4.7M in annual revenue.

The world of refrigerated cargo transport can be an uncertain game if one doesn’t have an ace in the hole, so to speak. Parsyl is a company that provides exactly that kind of an edge for their customers.

First, they offer a high-tech device which travels with the refrigerated load, sensing various ambient conditions.

Temperature is a primary concern, but the device can also monitor shock and other adversities that might affect a sensitive load.

Also, the devices are embedded with a GPS, allowing persistent knowledge of the shipment’s location.

Secondly, they offer monitoring and analysis software in the form of a mobile app. The software’s focus can be aimed at pinpointing the cause of failures. This can become important if accountability of partners is a consideration.

Their third defense is data-reinforced insurance coverage, which they provide very competently. The company has successfully partnered with industry leading insurers who fully underwrite the entire scenario.

This seamless business concept has been generating annual revenue of $4.8M for Parsyl and its backers.

Our next tech company is Foscam, a manufacturer of wireless IP cameras. These are high tech units that feature a number of optional configurations. They probably stand to do well considering the increasing public need for security.

One of the things that makes Foscam’s concept an early winner is that they’ve integrated a stream of recurring income from camera sales.

They offer cloud-based video storage for a fee, which works well since hard storage is costly and video files tend to be heavy consumers of it.

Customers can operate the cameras from a smartphone, including motorized panning, zoom and tilt abilities.

It’s easily conceivable that one could manage an entire security company’s patrol needs from a single smartphone. A strategically placed network of these cameras might allow sufficient monitoring of assets to replace quite a few security guards.

Foscam’s cameras are also fitted with night vision, making it impossible to escape their view.

If an intruder is detected, a quick message alerting the local police will get the problem taken care of rather quickly. The cloud storage of the video feed might also provide valuable evidence in more serious police matters.

With only 17 employees, they’re managing to bring in $2.5M in annual revenue at this early stage. 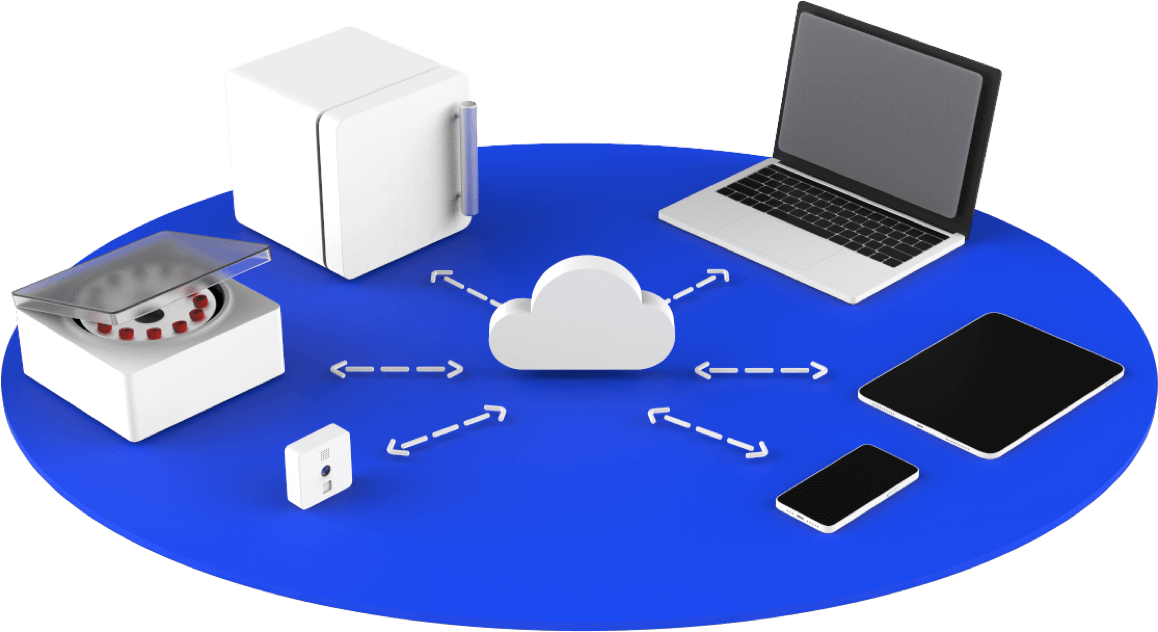 Capitalizing on the IoT era has given rise to many successful hardware startups, and Elemental Machines, with an annual revenue of $4.9M, is one of them.

This company produces a lineup of sensors and monitoring equipment for laboratories. These sensors can measure any number of lab conditions to form an objective and customized viewpoint of a given situation.

Temperature, air pressure and vibration are just a few of the more common sensor types that are available.

They also offer interface devices which can be connected to traditional or aging equipment using legacy protocols.

These devices communicate with the equipment to allow readings from PID control loops or even calibration of the lab equipment.

All of the devices communicate by Wi-Fi with a gateway, which in turn connects to the internet. This enables all accumulated data to be cloud accessed and acted upon.

The company offers a comprehensive software package that ties all the elements together. From the software dashboard, all the sensors’ data can be managed and analyzed, using intelligent tools.

Together, this system allows remote monitoring and tracking of nearly any type of lab environment.

Electric power utilities must often struggle more than you might think, in bringing our electricity to us. This is one of the main factors driving up the cost of power today.

A great deal of power is lost to waste within the grid, because of inefficiency in analyzing power usage. The power factor refers to how out of sync three-phase electrical voltage and current can become while energizing certain types of equipment.

These less-than-ideal power factors throughout the grid equate to significant losses that everyone shares the cost of, on their power bill.

Hello, GridBridge! This company will help improve the situation a great deal with their technology.

They integrate advanced power electronics along with IoT software to create a real-time solution for power factor correction, across an entire electrical utility’s grid.

So far, the company has modest annual revenue of $2.5M, but it seems a safe bet that this will be increasing soon.

Satechi is a San Diego based hardware company specializing in technology accessories. They offer a full range of devices including USB hubs, adapters and other offerings.

Aesthetics is clearly their focus, as their product line tends to be very sleek and ultra-modern in appearance.

This privately owned company has done well for itself since starting out in 2005. Currently the business is generating over $25M per year in revenues.

There is nothing simple about operating a large-scale cattle farm or other major livestock operation. Vence brings a very high tech and ingenious solution to an age-old problem.

Grazing livestock such as cattle need to be moved around to prevent problems, and that’s where this company is making itself known.

Fencing is a technology in itself, and livestock operations have long been in need of some cost-effective innovations in this part of their business.

Vence offers a virtual fencing solution that has all parties’ interests in mind. Their technology starts with a type of collar which is comfortable for the animal to wear.

Studies have shown that cows and other grazing animals will respond to certain sounds by moving away from them. The collar is embedded with a GPS system plus sound emitting devices.

With accompanying software, the system is configurable to automatically steer the animals around in regular grazing patterns, which prevents soil and crop problems.

The collar emits sounds which are proven to be effective for directing livestock movement. When the animals reach the correct grazing location, they’re relieved that the sound ceases, and have a tendency to stay put in that vicinity.

Vence has been generating annual revenue of $2.8M and has 19 employees.

Gamma Scientific is an older company founded in 1961 that produces a variety of interesting, very high-tech products.

Their specialty is photonics which means they are experts in the field of light photon analysis and technological uses of light.

They were one of the companies that helped build the HUD (Heads-Up-Display) for the F-16 fighter jet project back when it was new.

A Near-Eye-Display (NED) is like the HUD in an F-16 except fitted onto something like a pair of eyeglasses. It offers a way to have a desktop type display that appears as if in front of you, while you are mobile.

Gamma Scientific produces a robotic vision system which helps other manufacturers in testing prototype NED designs. They do this by mimicking the movements and sight of the human eye.

The resulting data their robot produces is a digital mapping of the effective NED display, as it relates to the way a person’s eye would see that display.

They also produce their own line of NEDs, just to keep themselves busy.