From hearing aids to micro 3D printers to home-based cloud storage, you are going to discover 10 hardware products that had massively successful crowdfunding campaigns. 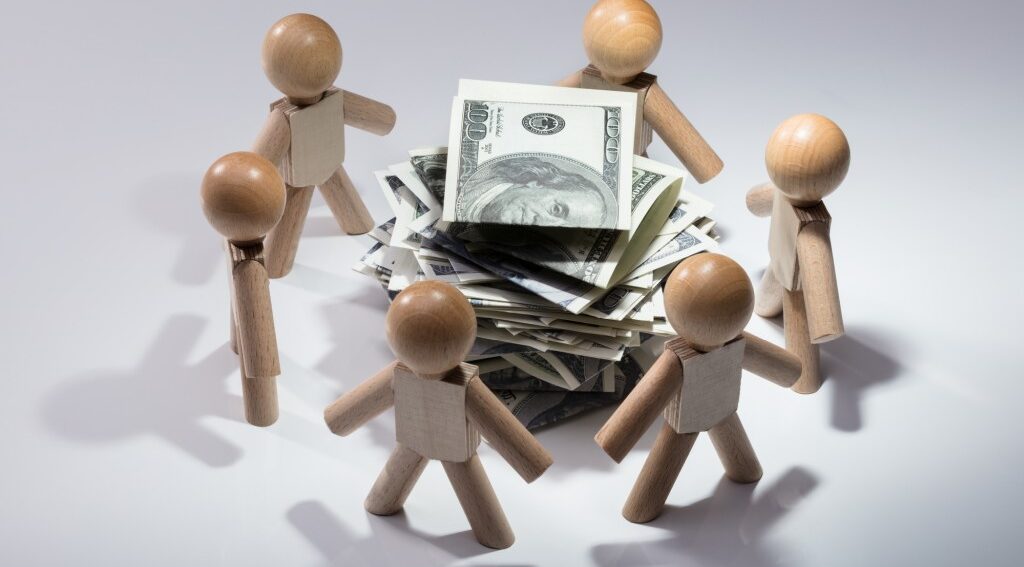 Crowdfunding can be one the best funding options for hardware entrepreneurs. But to succeed with crowdfunding you need to have a late-stage prototype and a nice size audience to help kickstart your campaign.

Not only is crowdfunding a fantastic way to fund your startup, but a winning campaign also simultaneously proves there is market demand for your product.

Crowdfunding is really a win-win, and these 10 campaigns that we’ll look at all won in a very big way. 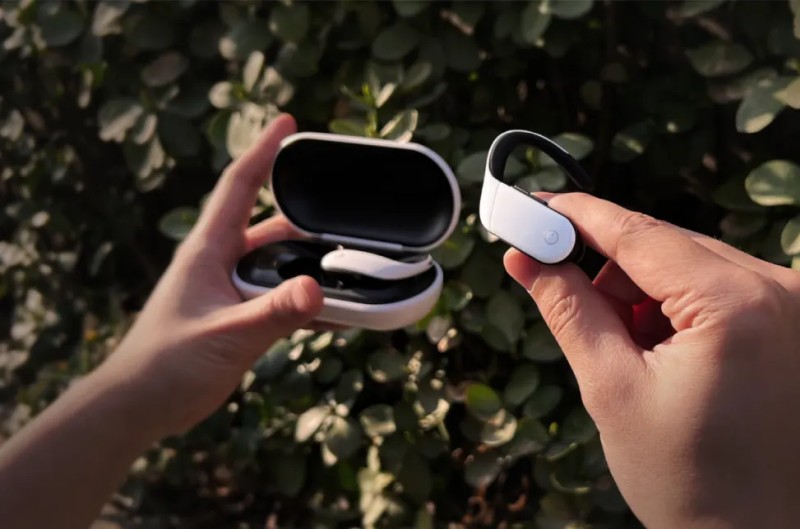 By designing dual purpose into their device, Olive Max: 2-in-1 Adaptive Hearing Aid & Earbuds has pulled in over $530K from crowdfunding. This campaign reached its target amount in only 5 minutes, and has continued growing since.

With over 1,600 backing the campaign, investors’ confidence in this product is clearly elevated.

Degenerative hearing loss continues to be a common issue among our aging majority of Boomers. It makes great sense for investors to explore the potential for emerging markets associated with the problem.

A device offering an improved quality of living for the hearing-impaired could translate into extraordinary financial gain, in this case.

The earbuds are embedded with AI technology, allowing for a highly customized user experience.

For people with hearing loss, the AI can conduct an evaluation of the severity of their condition. The device then stores the results of the hearing test and automatically creates a matching profile of personalized settings for the user.

Other features of this hardware include adaptive hearing technology which allows sounds like voices to filter through and be heard, while listening to music or phone calls for example.

With over $635K in crowdfunding raised already, the MONSTER Pro campaign could top $1M before it ends.

This backup power unit can supply a substantial 5 KWh of electrical power for emergencies or any time a standby power option is needed.

This successful campaign currently has only 206 backers supporting the large crowdfund that this hardware startup has attracted.

An interesting feature of this power storage unit is that it can be recharged from solar panels or other Direct Current sources. It’s easy to picture this unit functioning as a converter for various power types in a green-powered home.

D.C. solar or wind driven electricity can be channeled to the Monster, which will then convert it to green A.C. power for the home.

The Monster Pro also functions as an Uninterruptible Power Supply for computers or other sensitive equipment. The hardware can be monitored and controlled by an app from a smartphone, or locally via the integrated control panel. 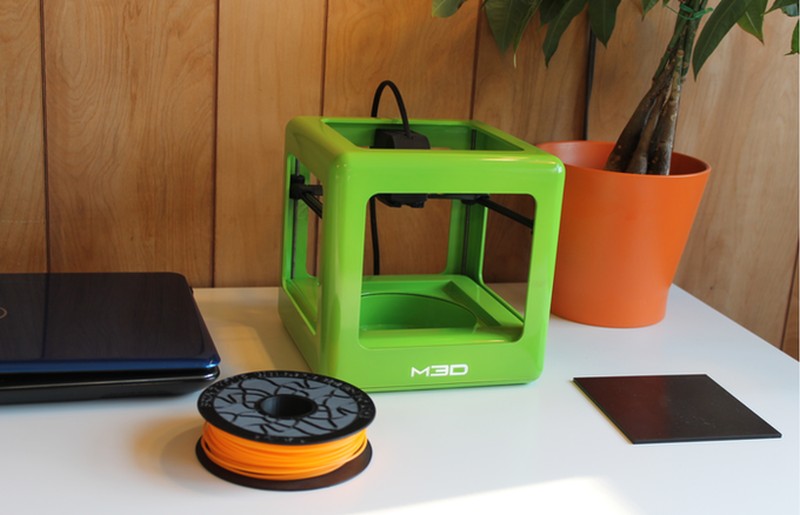 This achievement was realized through the financial support of over 11,000 investors. This campaign took place over 2014 / 2015, so the hardware has been in production for some time by now.

The Micro 3D Printer is probably the smallest of its kind to be found. What’s great about The Micro is that it’s truly a consumer’s kind of technology. Specifically, it’s the kind that works right out of the box.

The hardware is plug and play by way of USB connection to most computers, with intuitive controls and settings. This makes it easy to use for entry level 3D printing enthusiasts, as it requires little expertise to begin printing models.

Plenty of compatible model plans are available, allowing for a simple, smooth workflow to commence right away, after setting up the device.

Another campaign that hit its target in 5 minutes, Box Cloud Storage Alternative has drawn over $500K in crowdfunding from investors.

Perhaps the nearly 900 backers are excited about the implications of having a token-generating cloud storage server in peoples homes.

Cloud storage costs are significant, and become much more so as the need for space increases. Box allows people to have a cloud type server right at home, eliminating that cloud subscription fee once and for all.

But there’s more. An owner can also gain rewards by becoming a cloud storage provider for others.

Cloud storage has become a massively profitable business sector. The idea of turning a piece of that market into a cottage industry has a nice ring to it.

Token mining has become more popular lately and though not a standard mining rig, Box allows the owner to collect $FULA tokens. These are paid to Box owners, in exchange for allowing their server to be part of the paid cloud storage service offered to others by the parent company.

This successful crowdfunding campaign has earned Kara Pure well over $1M in backing from 1150 investors. The campaign launched in December of 2021, and the founders are set to begin shipping their hardware to customers in June 2022.

Kara Pure is a hardware startup that means to revolutionize the drinking water industry. Their product is a clever and useful piece of technology which benefits the customer in several ways.

Extracting mineral water from household air, this unit generates 10 liters of the healthy refreshment per day, a substantial volume.

While generating the water from air, the air being processed is filtered of impurities, and becomes cleaner and fresher as a result.

Another coincidental gain from using this hardware is that it automatically tends to regulate the humidity in a room to a comfortable 25%. Kara Pure is a water generator, air purifier and dehumidifier, all combined into a single ingenious device.

If its successful crowdfunding campaign is any indication, then chances are this product could be a game changer for the bottled water industry.

It’s conceivable that public water utilities could be less strained in the future, if hardware like this were to become heavily relied upon by consumers for their daily drinking water.

With so much emphasis on green energy production these days, it isn’t surprising to find new and innovative hardware technology startups like this one rising to meet the challenge.

BLUETTI takes full advantage of this global transition by offering a simple and effective alternative to fueled home generators.

The BLUETTI can act as a regular backup power source, keeping itself fully charged off the home’s electrical system.

Additionally, the unit can be used as a green power inverter, supplying part or even all of the required electric power for a home.

When the moment arises, the hardware is designed to jump in at the first sign of power loss, ensuring that the home’s electric power will remain on.

Based on the premise of solar roof panels or other green power as the charging source, the BLUETTI stores up this collected energy within itself.

Sufficiently charged, the BLUETTI can then channel the home’s power to be supplied from converted green energy, rather than the main supply utility.

An interesting entry in the two-wheeled world, Luup-X: The All Terrain Fat Tire Carbon Fibre eBike takes center stage. This successful hardware startup inspired a crowdfunding campaign that has raised $550K in backing from 214 investors.

Looking over the concept, it isn’t hard to imagine why it’s attracted so much support. Carbon fiber has received a great deal of praise for its strong but lightweight composition.

The idea of applying this material to any bicycle design seems a natural winner. An eBike with this kind of frame could very well grab a good percentage of the market share, in sales.

The bike itself is an attractive looking design and features a display screen interface. Also, there are power and other configuration options the customer can choose from.

Their highest power design is rated for road speeds of up to 28 mph. That should blow some peoples’ hair back.

The funding that’s been drawn into this campaign has grown very rapidly since launching in April 2022. Already well past the initial flexible goal of $10K, this crowdfunding opportunity is ending presently. 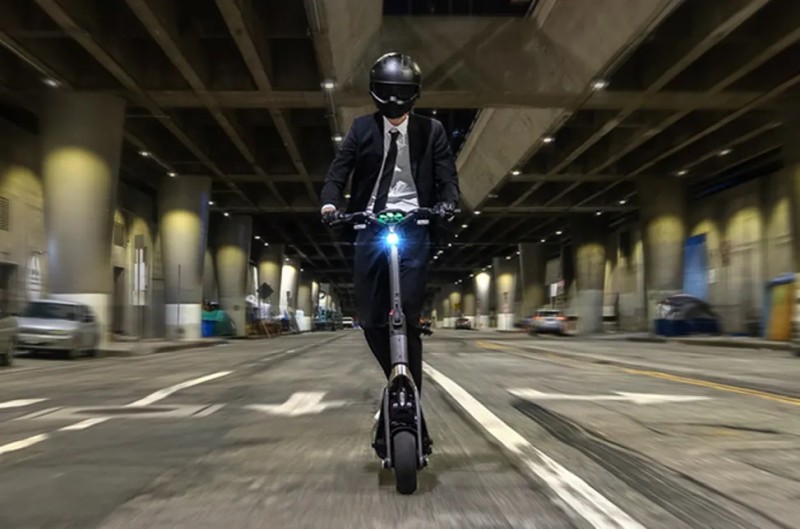 With crowdfunding that’s already reached over 2,000 % of its goal, the Segway SuperScooter GT is a very successful campaign, indeed. So far, the fund has topped $1M and still has time left to gather even greater momentum.

This achievement has been accomplished through the support of only 330 backers, a considerable feat.

While Segway is no startup company, the hardware at the center of this campaign is worth a new look.

This stand-up electric scooter is very quick and agile, reaching speeds of up to 43 mph. Its brakes and suspension are built on the strength of advanced engineering and components, giving the rider improved safety and comfort.

The initial concept for this design originated in 2020, with the crowdfunding campaign launching in March of 2022. The first batch of deliveries for the Segway SuperScooter GT is set to commence in August, 2022.

Judging by the early success of this hardware campaign, it’s very likely that the machine will be a favorite among commuters and kick-scooter racing enthusiasts.

The Nebula Cosmos Laser Theater wants home viewers to ditch using a screen entirely. The product is very compact in size, and projects a movie or TV show onto any flat surface, like a blank wall.

Drawing over $3.2M in crowdfunding to date, their campaign shows the public appetite for intelligent hardware with new solutions to old problems, like viewing movies at home.

The portable projector, connected to Android TV, automatically locates a screen and casts a laser-focused HD movie on any sized target, up to 150 inch, with 4K resolution.

With nearly 25,000 investors backing it, the Lumos Ultra Bike Helmet crowdfunding campaign has been a tremendously successful investment round for this young hardware startup.

Verging on the nearly mythical, this campaign reached its target fund amount in a breathtaking 4 minute frenzy of investor mania. Well past that amount at this point, the fund has topped out at $2.9M.

The excitement accompanying this new hardware is well deserved. The Lumos Ultra takes rider safety to a surprisingly high level. Lumos offers advancements which might save many lives and countless mishaps.

The Lumos Ultra’s approach focuses on lighting, offering a strong headlamp in the front and high-visibility turn signals in the rear. The signals are controlled using a wireless switch that attaches to the bike’s handlebar.

Additionally, if the rider has an Apple wrist watch then the signals can be controlled by raising their arm when they turn.

The Lumos is USB rechargeable and also features a Smart Companion app for smartphones.

Now comes the hard part, going from start up to sustainablity in a market, we’re managing money is almost as important as keeping a customer happy in a changing global market.