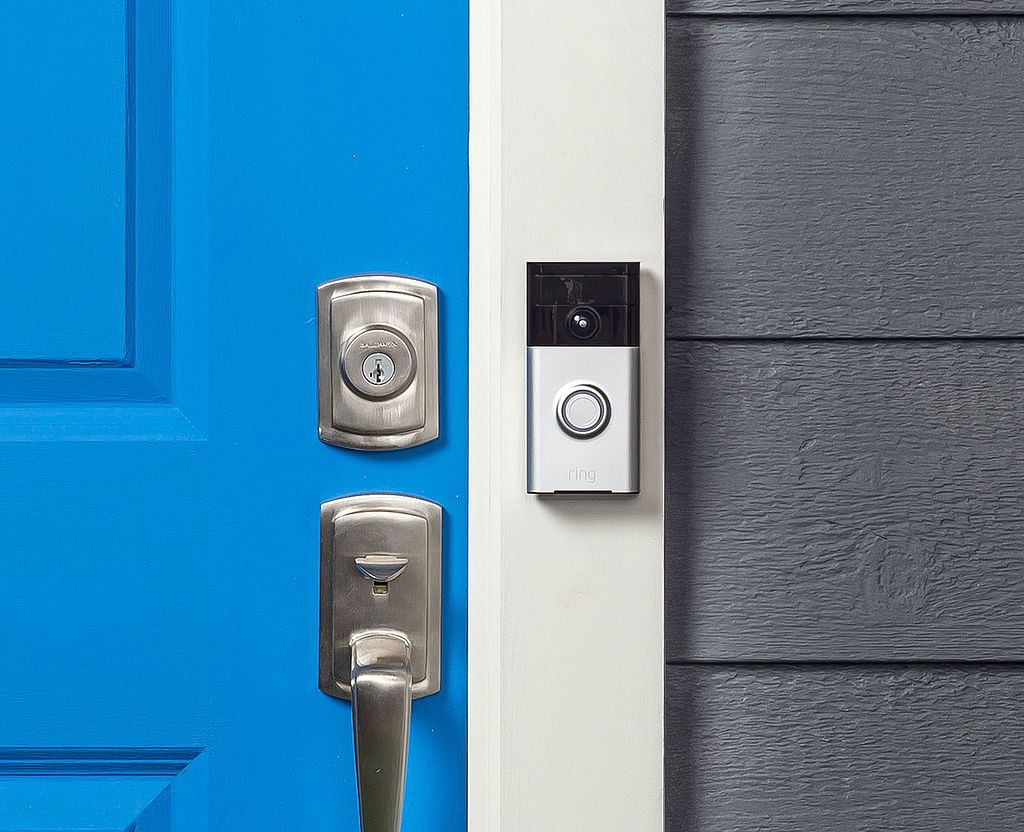 Every entrepenuer dreams that their company will someday be bought for millions. Ring founder James Siminoff succeeded and then some, recently selling his company to Amazon for over a whopping one billion dollars!

How did he do it? By never giving up, even in the face of nationally televised criticism!

While entrepreneur James Siminoff worked on hardware projects in his home workshop he encountered a problem. Since his workshop was located behind his garage, it was highly inconvenient for Siminoff to respond whenever anyone rang his doorbell. When he tried to order an electronic doorbell on Amazon.com, he realized that this product did not yet exist.

As a seasoned inventor, Siminoff began building an electronic doorbell of his own. He started with a smart doorbell with a camera, allowing residents to view who was ringing the doorbell.

The company now produces an array of home security devices that utilize motion sensing cameras, doorbells, and video calls. With Ring, home owners can see and talk to visitors at their front door. Users can operate their front, back, and garage doors 100% remotely.

With confidence that his product fit perfectly in the growing Internet-of-Things marketplace, Siminoff sought funding on ABC’s hit show Shark Tank in 2013. Called DoorBot at the time, Siminoff was rejected by all but one Shark Tank investor.

Robert Herjavec said “its really not an internet play, it’s a consumer device”, Mark Cuban didn’t see its progression into a larger company, and Lauri Greiner claimed it would never sell on QVC.

Feeling that he had wasted the last bit of his company’s money on the Shark Tank pitch, Siminoff described to CNBC “literally being in tears” after the show.

Despite the televised rejection, Siminoff didn’t give up on his idea. With a huge increase in sales just from the appearance on Shark Tank, DoorBot grew to $3 million in sales within one year. Doorbot also grabbed the attention of Virgin Group billionaire Richard Branson.

Branson reached out to Siminoff after seeing DoorBot used by a friend visiting his private island. Branson was intrigued that his friend was able to remotely instruct a delivery driver to leave a package in his garage back home.

Branson agreed with Siminoff that this level of connectivity to your home was unique. “I couldn’t quite work out why the sharks turned him down, it just seemed to be a wonderful idea,” Branson later said during a guest appearance on “Shark Tank.”

By 2015 Branson’s interest led to a $28 million funding round for Siminoff’ s company. Proving Lauri Greiner wrong, Ring did appear on QVC, generating some of the highest QVC sales of the year.

In February of this year Amazon acquired Ring for over $1 Billion! The purchase is described as one of Amazon’s most expensive takeovers. With the tables so clearly turned, The Sharks are now asked by reporters how they let Ring slip through their fingers.

This is a great example of how you never know for sure if a product will be a success until you are actually selling it. Regardless of negative, or positive feedback, you don’t know what will sell until you actually try to sell it.

Moral of the story: Just keep pushing no matter how bad things get or how bleak they seem. As serial entrepreneur Noah Kagan says best, the key to business success is “to persist and evolve”.

Trying to follow Bob’s criticism, as I have an idea for how I’d like a product to look and function but not the technical know-how for how the insides should look (don’t know what FR4 is, etc). Are you saying there should have been functional prototypes first to test HOW people used the gizmo and what was most important to have on the interior and THEN refine the exterior (“fancy plastic molding” case?)? Thanks for translating to newbie…
🙂

Inspiring (real) story. Following the article I Googled about James Siminoff and I think he was strongly mission-focused which eventually turned out to be success. Encouraging!

Obsessive focus is definitely necessary to achieve that level of success!

Sometimes there’s nothing like a bit of failure to galvanise the project, and get the team focussed on critical issues.
Decades ago I helped a client with a wireless home camera system (here in Australia) , unfortunately the client had no project management skills, and couldn’t get any seed funding, so the project flopped, although it worked well technically, it was 2.4gHz frequency hopping every frame, and transmitted as analog video, Typical of entrpreneurs, he spent a lot of money getting a fancy plastic moulding made then asked me to make the PCB’s fit in there..arrgh…..then we had to do another round of spectral testing. .We could transmit 4 video channels, and the receiver could drive an analog monitor, or modulate so that the 4 cameras appeared as 4 channels on an analog TV.. It had some control channel capacity (e.g. for PIR sensor , or PTZ camera control) so we could have hooked up a doorbell (but never thought of that!)… We also built our own 16dBi yagi antennas using laser cut aluminium antenna’s .
For cost reasons we used FR4 and a lot of discrete components, and the 2.4gHz components worked well with FR4 after a bit of trial and error. The 2.4gHz VCO switched fast enough to hop every line (but we kept to frame-wise hopping). The video cameras were connected with just coax, with power, video, and control on the one wire. Shame it didn’t work out, could have been us selling to Amazon!!!

Thank you Bob for this excellent comment and sharing your experience!