How to Prototype Your New Product 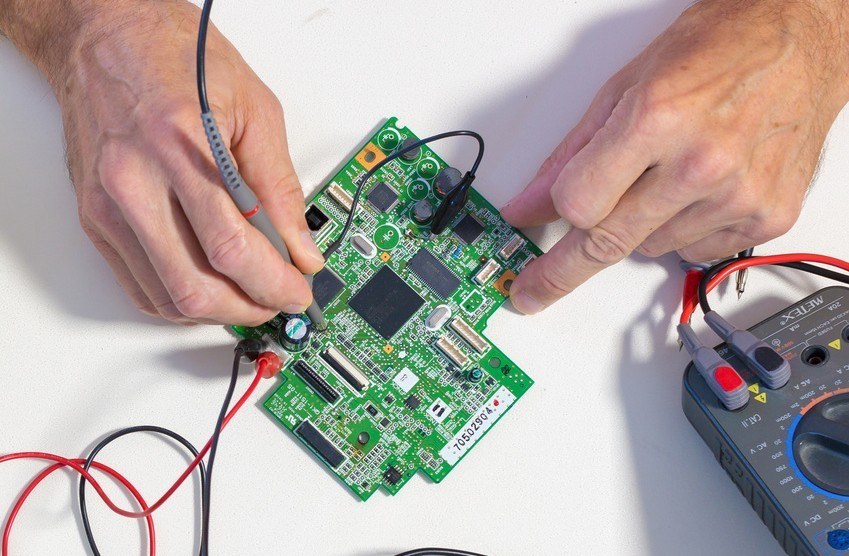 Prototyping your product is all about learning. Each time you create a prototype version you will, or should, learn something new. Start with the most simple, low cost way to prototype your product. Then, with each prototype iteration you should progress closer and closer to a production-quality prototype.

NOTE: This is a very long article so here's a free PDF version of it for easy reading.

A looks-like prototype focuses on the look, feel, form, and aesthetics of the product. For your looks-like prototype you’ll use prototyping techniques such as foam, clay, 3D printing, CNC machining, and eventually injection molding (we’ll discuss all of these in detail shortly).

So for an early, works-like prototype you may be using development kits such as the Arduino and Raspberry Pi along with techniques like breadboarding. This is called a Proof-of-Concept (POC) prototype and its aim is to demonstrate fundamental functionality of the product concept.

As soon as possible though you will need to migrate to the development of a custom PCB so it will be possible to merge functionality and form into a works-like-looks-like prototype.

If both aspects are equally critical then you will need to work on both separately, but simultaneously. For products without any big unknowns related to aesthetics or functionality, it’s better to jump right into creating a works-like-looks-like prototype.

If you decide to prototype each aspect of your product separately you have to merge them together eventually into a works-like-looks-like prototype. Your final prototyping goal is to achieve a production-quality prototype that will be identical to your final, mass manufactured product.

How you begin prototyping your product’s electronics depends on what questions you are trying to answer. Every time you create a new prototype you should have well-defined questions that the prototype will answer.

If you have broad questions about whether your product will even work, or whether it will solve the intended problem, then you may be wise to begin with an early works-like prototype based on a development kit such as an Arduino or Raspberry Pi.

If there are no big questions about your product’s functionality then you should probably move right to designing a custom PCB. Most large companies developing products begin with a custom PCB. This is the fastest route to market, although not likely the cheapest.

See this comparison table for a quick summary of the differences between a microcontroller and microprocessor. 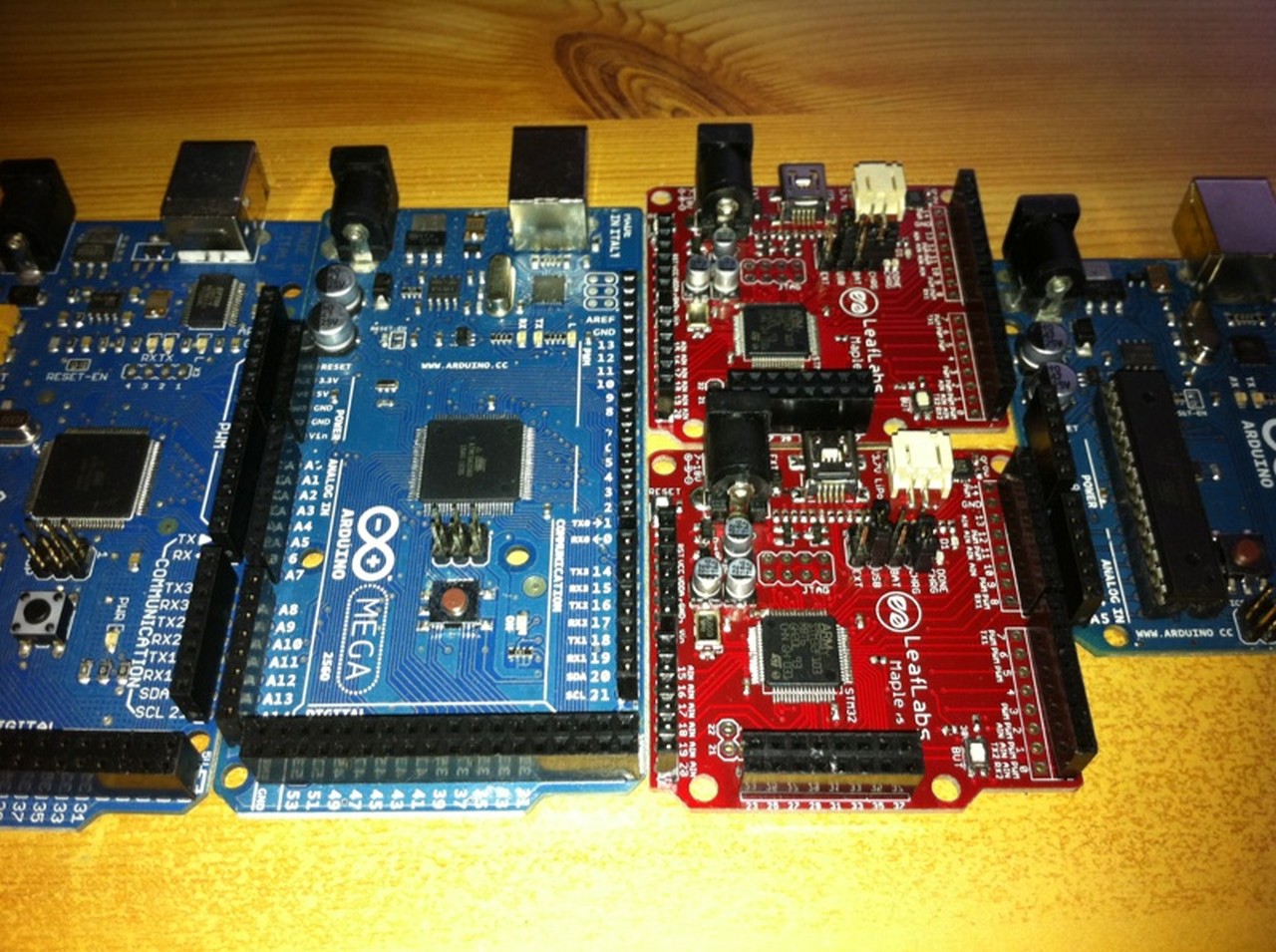 Prototyping with a custom Printed Circuit Board (PCB)

Development kit Proof-of-Concept (POC) prototypes are great for proving a fundamental concept but they are a long way from a prototype that can be mass manufactured. In fact, most larger tech companies don’t bother with a development kit prototype and instead they begin by focusing their efforts on creating a production-quality prototype.

Development kits are good at proving fundamental concepts but a long way from being manufacturable.Click To Tweet

This strategy usually speeds up development which allows the product to reach the market faster. However, this strategy tends to also increase the development costs since you won’t have learned things from your lower cost POC prototype. Starting with a POC prototype may reduce the number of revisions required on your production-quality prototype.

Prototyping a custom Printed Circuit Board (PCB) consists of two steps: producing the bare PCB, and soldering on all of the components. We’ll discuss the process for each separately.

Although there are techniques for producing your own PCBs at home, they are limited to simple designs. So you will most likely need to outsource your PCB prototype production.

For more information about the costs to develop, prototype, and manufacture a new hardware product see my article detailing all of these costs.

Fortunately, assuming you don’t make and assemble your own PCB boards, you’ll use the same process to produce your prototype boards and to manufacture your boards in high volume. This is not the case with the plastic enclosure for your product (more on this shortly).

Production of the PCB can be summarized by the following steps:

Clay and foam are two of the simplest materials for creating early looks-like prototypes. Obviously these materials won’t make a functional prototype but they are excellent for experimenting with the form of your product.

Not sure of the best size or shape for your product? Then definitely begin by experimenting with clay and foam. You can purchase all of the necessary equipment and materials at any hobby or craft store.

Remember to always start with the cheapest, simplest types of prototyping to gather as much information as possible. It’s much easier, and way cheaper, to iterate your product in clay or foam rather than using more complex prototyping technologies like 3D printing.

Let’s look at the three types of 3D printers in more depth:

Fused Deposition Modeling (FDM) – This is the most affordable method of 3D printing and is therefore the most common technology used for home 3D printers. This technology can produce prototypes with a moderate amount of detail.

FDM printers work by feeding plastic through a heated nozzle. The material is melted and deposited layer by layer, with each layer fusing to the layer below it. FDM printers are limited in the fine details they can produce so an SLA printer is a better option for complex prototypes. 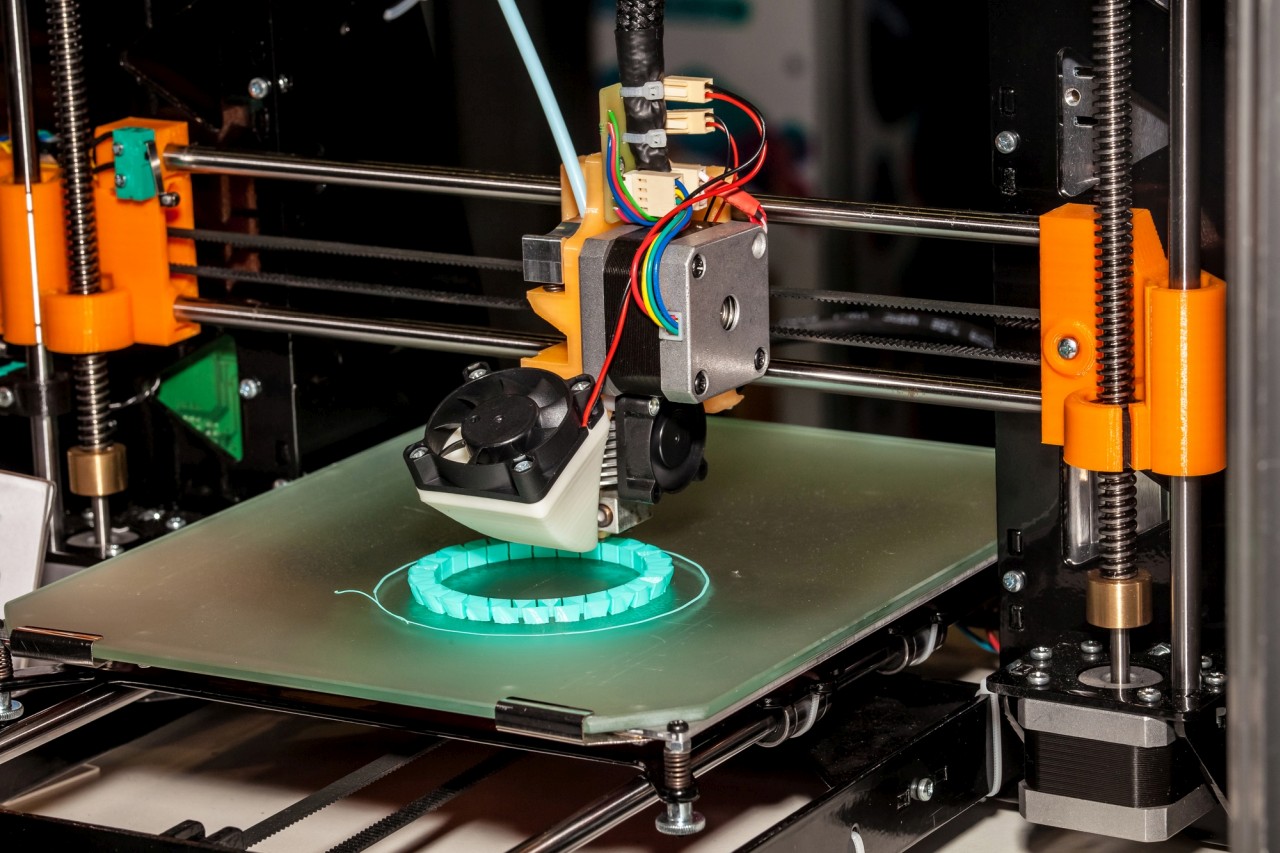 Stereolithography (SLA) – SLA is a more costly process which is used mainly on high-end, home 3D printers and by professional prototype shops. This type of 3D printer works by curing resin with light. The light hardens the liquid resin layer by layer in a process called photopolymerization. SLA is a very accurate method of 3D printing that can make parts with many fine details.

SLA printers also produce a much stronger prototype because the layers are chemically bonded together. Prototypes produced by an SLA printer tend to look more professional than ones created with FDM printers.

A good strategy for many entrepreneurs is to purchase a low-cost, FDM based, 3D printer for producing early prototypes. Once the appearance and strength of the 3D printed prototype become more important you can move to using a professional prototype shop with SLA printers. This strategy will save you money and speed up development for many products.

Selective Laser Sintering (SLS) – An SLS system uses a laser to sinter (i.e. harden) powder materials layer by layer to form the desired shape. A big advantage of SLS is it can be used to create metal prototypes. SLS is too complex for home 3D printers so it’s only an option when using a professional prototype company.

One of the primary advantages of CNC machining compared to 3D printing is that you have much more flexibility in regards to the material used. Not only can you create prototypes from plastic or metal, but you can select very specific plastic resins which precisely match the material you will use for mass production.

3D printing is fantastic at producing tens of parts. However, it’s not practical for producing hundreds or thousands of parts. Ultimately, injection molding will be necessary to replicate your product’s enclosure in higher quantities.

Not surprisingly, the injection molding process starts with the creation of a mold. Molds are machined from metal, and the hardness of the metal determines the mold’s lifetime and cost. For prototyping, or early production, aluminum molds are generally the best choice. Aluminum molds typically cost a couple thousand dollars each and can produce up to about 10,000 parts.

The mold forms two halves that are held together as hot, molten plastic is injected at high-pressure into the mold. The high-pressure is necessary in order to produce fine details in the part. Once the plastic cools and solidifies, the mold is opened and the part is removed.

Most designs will require significant modifications in order to prepare them for injection molding. Whereas 3D printing can reproduce just about any shape you can imagine, injection molding has strict design rules that must be followed.

Be sure whoever designs your enclosure understands injection molding, otherwise you are likely to end up with a product that can be prototyped but not manufactured in high volume.

Reaching the point of having a fully functional, works-like, looks-like prototype is a huge accomplishment. So pat yourself on the back once you achieve this milestone! But don’t get too excited just yet. The transition from prototype to mass manufacturing is one of the most underestimated steps to bringing a new hardware product to market. So, I’ll be covering that topic in a future article.

Might be I got it wrong all along, but I have been following these steps:

a. Arrive at the approximate size of the PCB
b. Finalise the enclosure (usually a ready made solution)
c. Design the PCB accordingly

Was I missing anything ?

That is the general process. Although I would completely finalize the enclosure before you design the PCB. Best to do both in parallel.

Thanx very much for your articles,i am so much into high power audio amplifiers up to 1000w using single sided through hole pcb.I would like to ask how best to design my schematics with this software.

Hello John Teel,
I am a newbie. Thank you very much for your article. It’s really useful for me.
do you have any article related to antenna ( blutooth or wifi) design, how complex it is to design and how big it is? in my mind now, it is complex thing

Hey thanks for the feedback and I’m glad this article was useful!

Yes, antenna layout is quite complicated. See this article where I touch on some of these complexities: http://predictabledesigns.com/pcb-design-top-5-mistakes-on-printed-circuit-boards-layout/.

This is why I almost always recommend you use modules for wireless functionality. They not only simplify the design but their use will also save you thousands of dollars on FCC certification fees.

Thank you so much